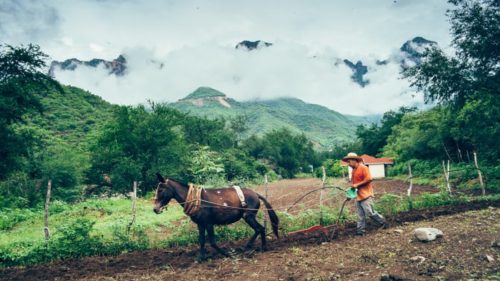 Tarahumara are one of the last remaining cultures in North America who rely on subsistence agriculture — meaning they’re especially vulnerable to Mexico’s years-long drought.

Four times larger than the Grand Canyon, the Copper Canyon is home to Urique, the central setting of Christopher McDougall’s 2009 bestseller Born to Run and home to the Tarahumara. The tiny town parallels its namesake river at the bottom of the 6,136-foot-high green-gold gorge where a relentless five-year rain shortage has decimated crops, depleted seeds, and stripped the soil’s nutrition. Chihuahua (Urique’s state) received less than 60 percent of its annual rainfall in 2011.

A siege of socioeconomic challenges has followed the famine. Last year, thousands of people were forced to leave the canyon to job hunt or sell their belongings for corn and beans. The 2015 Caballo Blanco Ultra race — the most significant event to benefit the local economy — was evacuated due to cartel activity in the region (hundreds of canyon locals still ran). The logging industry threatens to appropriate the surrounding forest. And locals also continue to be coerced into drug carting and cultivating poppies, worsened by America’s recent opioid hike.

“Born to Run portrays the Tarahumara as an oasis, but they are connected to the world and suffer from the world’s problems,” said Daniel Lieberman, a Professor of Human Evolutionary Biology at Harvard, returns annually to Copper Canyon to research how the Tarahumara age — such as occurrences of heart disease and arthritis — and examines environmental, movement, and dietary factors. Studying such extremely rare lifestyles provides a wealth of information about genetics and disease: how the human body inadequately adapts to new environments over time. Lieberman’s research (three studies are currently “in the cooker”) inspired McDougall’s book, which continued to hang in The New York Times rank of recommended reads. 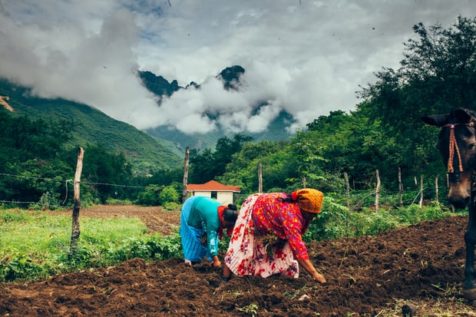 After Born to Run, modern society became fascinated by the Tarahumara’s ability to live — farm, walk, and play their run-games — in huaraches, skeleton-style footwear that catalyzed the pendulum toward minimalist shoe designs and barefoot running in the U.S. The book’s cameo of chia seeds — at the time unheard of in supermarket aisles — as a high-energy, hydrating fuel caught the attention of health nuts and endurance racers. Less unsung, however, is the fact that the Tarahumara are one of the last remaining cultures in North America who rely on subsistence agriculture. 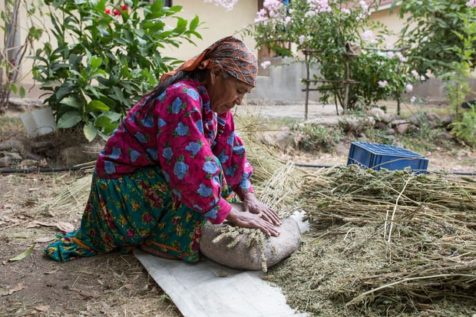 To help re-establish the canyon’s local farms, Health Warrior — a health-food company that created the first-ever chia seed bar, whose development was inspired by Born to Run — launched a Kickstarter campaign. The funds will funnel directly into each farmstead to provide seeds, irrigation equipment, soil restoration, and salaries for 10 farmers. Moreover, the program provides a gift of autonomy: Self-sustained farming enables the Tarahumara to remain in the canyon, preserve their cultural traditions as they desire, and choose how to utilize the crops.

“Like everybody else [in the modern world], they’re struggling,” said Lieberman. “If there’s any way that we can help each other as human beings, we should.”