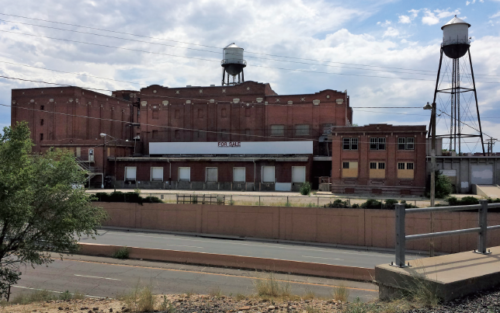 A development project tallied at $130 Million –so far– could spark Pueblo’s Rail Renaissance.

Railroad engineer and Pueblo native Ryan McWilliams paired with a Pennsylvania businessman (who remains anonymous) to turn a portion of the abandoned Alpha Beta meatpacking plant into a social meeting space. The other two- thirds of the 250,000-square-foot site will become a light industrial business hub for companies in the railroad industry. Plus, they plan to build another 175,000-square-foot workspace to host rail car repair. To fulfill the project, the duo’s development group – coined 303 Industries – certainly faces obstacles.

Since last April, 303 Industries has removed more than 200,000 pounds of trash by hand from the derelict building, which sat idle and as a crossroad for the homeless commu- nity for nearly a decade. Not to mention, no utilities are in functioning order. The facelift will amount to a $40 million investment. Next, they plan to invest more than $100 million into the city’s rail and road infrastructure, to help ease access from the city to heavy industrial sites on the outskirts of town. At print, McWilliams was in conversation with six companies, two of which are multibillion-dollar international firms, interested in joining Pueblo’s heavy manufacturing area.

THE ENTIRE DEVELOPMENT – TALLIED AT MORE THAN $130 MILLION SO FAR – COULD SPARK A RAIL RENAISSANCE.

At the end of negotiating contracts, key clients for the business hub include a high-tech company, track component manufacturer and an automotive truck service. Thus far, the team has confirmed a local metal fabrication shop, Johnny’s Boiler Shop, and Clean Rigs, a railroad service company. Two other approvals are in the works. The site has space for 10 to 12 rail-related businesses with an additional 20 acres of property for future expansion.

Historically, railroad companies and steel mills burgeoned in the Steel City in the late 19th century. Pueblo became known as the Pittsburgh of the West and was characterized by affordable living, open space and parks. Then, devastated by the 1982 steel crash and recession, the city spun into an economic depression that resulted in 20 percent unemployment.

To recover from the downturn, in 1984 the city established the half-cent sales tax, which funnels close to $8 million annually toward businesses and employment opportunities. To help manage the funds, the Pueblo Economic Development Corp. (PEDCO) researches and recommends recipients, and the Pueblo City Council votes on grantees. Though PEDCO cannot disclose specific prospects, its latest strategy for the city’s development is to focus on four central clusters: aerospace, outdoor recreation, hemp and rail.

“What’s interesting about the rail industry is that you have generations of families that have worked on and made rails – the grandfathers and their sons. It truly is in Pueblo’s blood,” says PEDCO President Jeff Shaw.

The DNA is evident. Headquartered in Pueblo, the Transportation Technology Center Inc. (TTCI) managed by the Association of American Railroads (AAR) – is a 52-square-mile facility with laboratories and 48 miles of railroad testing track, which are used to conduct railway transportation research for North America including Mexico and Canada. Also, Union Pacific Railroad and BNSF Railway both run through town and are Class 1 Railroads, meaning they each boasted operating revenues of at least $476 million in 2014, according to the most recent AAR report.

“Over 1 million rail cars pass through Pueblo annually,” McWilliams says. “Pueblo has the biggest opportunity in rail space, because of the current companies that come here to do business due to other rail organizations [located here], such as AAR.” Plus, compared to most places in the world, the quality of life is quite high, he says. As the CTO of Pueblo-based International Engineering – a global rail consulting service – McWilliams has conducted rail business on six continents. In two decades of travel, “Over 100 companies have said, ‘Show us Pueblo.’ On paper, it’s one of the best places on the planet for rail-related business,” McWilliams says.

Now, “quality-of-life services” are catching up, too, he adds. “The only thing we had to offer were big industrial sites on the outskirts of town and we couldn’t get engineers to move and be out in the middle of the prairie. Pueblo has made a turn. Those services are on the rise. We have done a phenomenal job.”

With tracks pointing in all cardinal directions, the growth of Pueblo’s rail industry looks promising.

What do Fox Broadcasting and The Walt Disney Co. have in common? Aside from being multi-billion-dollar corporations, a handful of their posters have roots in Colorado. Based in Pueblo, Mathias “Mo” Valdez – the artist behind those aforementioned projects and founder of LastLeaf Printing – has spent 10 years perfecting his craft. 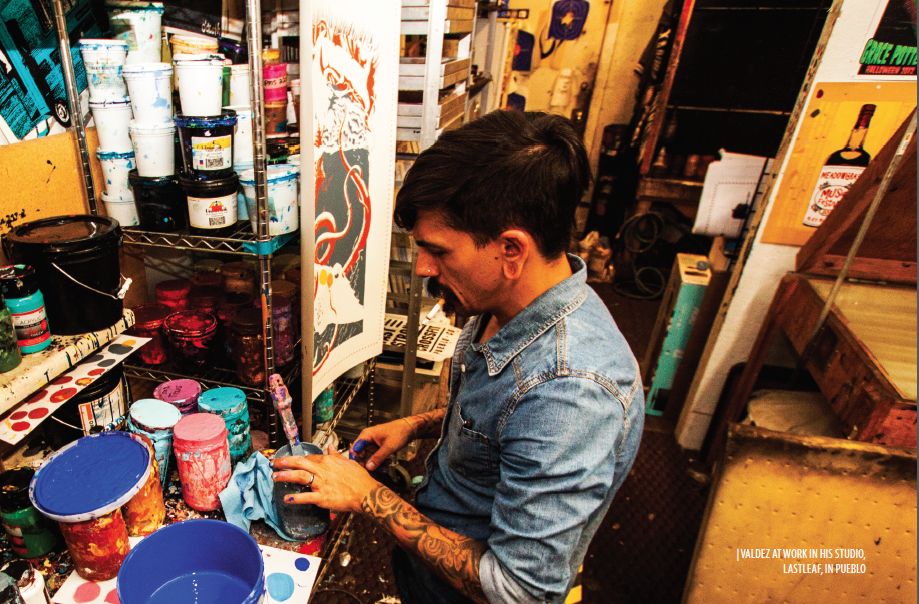 Valdez’s talents show: His high-profile archives include private commission prints for the movie, “One Flew Over the Cuckoo’s Nest,” Miramax’s “The Crow, Up” from Pixar, not to mention Marvel Comics’ Daredevil and Spider-Man. One key to his success: Bold resolve. Commonly, screen printers complete pieces using four layers of color – Valdez’s record is 17. 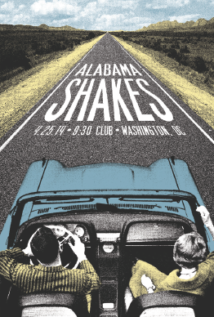 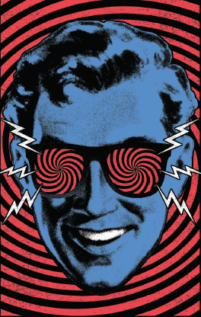 In December 2015, Valdez received a $25,000 grant from PEDCO in addition to a matched Community Development Block Grant loan from Pueblo County. For a small-business owner, $50,000 is colossal.

The funds will support three new local hires and equipment including an auto-press for poster printing, screens and a computer system upgrade.

Next time you see a movie poster, check the credit. It might hail from the studio of this progressive Pueblo silk-screener. Check out his work at lastleafprinting.com.