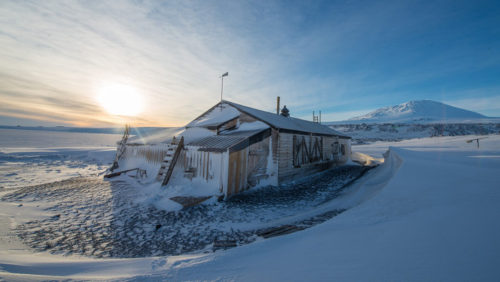 Three base camps from the ill-fated attempt to cross Antarctica in 1914 reveal troves of historic treasure.

By 1914, early explorers had tagged the North and South Pole, so Sir Ernest Shackleton set a new ambition: to claim the inaugural land crossing of Antarctica. Known as the Imperial Trans Antarctic Expedition, two parties intended to sledge boats from either side of the landmass, meet at Beardmore Glacier, and proceed to Ross Sea. At least that was the plan. Five months after departing the docks, Shackleton’s ship, the Endurance, became beset in ice overnight. With excessive persistence, Shackleton and a few of his men rescued the team’s second half–the Ross Sea Party, which was likewise stranded–19 months later. An ultimate bust, the expedition went down in history as one epic feat of endurance. 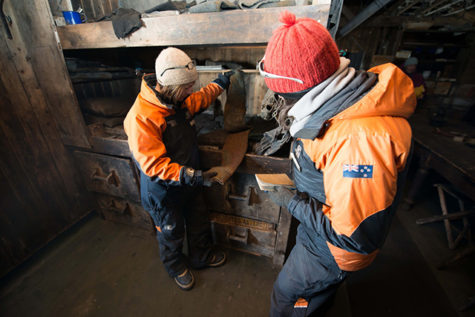 The mission comes full circle a century later. Buried under snow, warped by ice and threatened by deterioration, the outposts that were once occupied by Shackleton’s Ross Sea Party and Captain Robert Falcon Scott had been redlined as endangered sites on the World Monuments Fund watch list. In 2015, they were successfully restored.

Dubbed the Ross Sea Heritage Restoration Project (RSHRP), the trio of bases were all located on Ross Island and include Shackleton’s Cape Royds base, and Scott’s outposts on Cape Evans and Hut Point. The project’s expenditure reached $1.3 million and $2 million in its final two years alone, and an estimated $17 million over the course of a decade. Looking ahead, the Trust is committed to upholding a 25-year fund in order to continue the maintenance of the historic sites, and to pursue its next conservation effort: restoring the continent’s first building at Cape Adare.

A total of 62 specialists–experts in paper, timber, textile, and metal conservation–from 12 countries contributed to the project. In the winter, crews were stationed at the New Zealand scientific research facility and worked at the conservation laboratory in the warmer months. If there is such a thing on the coldest surface on earth. 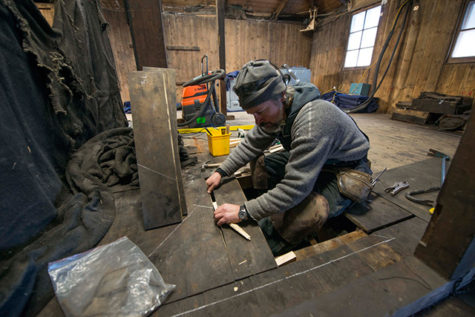 Heritage carpenters carefully repaired and weatherproofed the huts, improved the microclimates for the artifacts, while scrupulously maintaining historical accuracy. Ice accumulation was removed from under the floors. Waterproof coverings were constructed around the huts’ edges to help direct the summer melt-off around rather than beneath, and new roofs were constructed.

Between the three sites, close to 18,200 artifacts were uncovered and restored, including clothing, equipment, and personal goods. It is a particularly high number of objects for a mini lab to sort, especially given the relatively short window of time, said Meek.

And the most celebrated relics? Whisky and brandy. Five crates of spirits were found beneath the base, with the bottles still wrapped in the original straw and paper sheathes.

Second to the treasured liquor, Meek discovered a very special notebook. During the summer melt-off, it stuck like a tombstone out of the snow next to the Cape Evans base. It’d been buried there for more than a century. The diary, “Welcome Photographic Exposure Record and Diary 1910,” belonged to surgeon and zoologist George Murray Levick (1876-1956) and held twenty-two, never-before-seen photographic negatives with penciled notes of the date, subjects, and exposure details pertaining to the photos, which he captured in 1911, at Cape Adare.

Revived, the huts now appear as they once did, as if frozen in time. The floors bounce and ring. Doors seamlessly open and shut. An aroma of fresh wood, canvas and leather fill the space. The vibrant hues of the dishware and crates are polished and revealed.

“It’s really cool to come into the building and to be able to see a lot more color, a lot more data, and therefore, a lot more understanding of the huts, how they were used, and the people that lived here,” said Meek.

The extensive effort made by a conservationist, ironically, makes a historic setting appear as if no work has been done at all, creating a portal into the past.