The best way to explore your home state? Through self-propelled, local adventure.

In just over a month, ultrarunner Joe Grant, who finished second at the 2012 Hardrock 100, summited Colorado’s 57 highest peaks—but only after he biked to each trailhead from his doorstep in Gold Hill, Colorado. On a completely self-powered, self-supported, 32-day tour—with little more than three pounds of gear: clothes, sleeping bag, and a bivy sack—he broke the previous “Tour of 14ers” record. I sat down with Joe to find out more about his adventure.

MT: How has your recovery been going?

JG: When I got home, I just stopped everything and rested. It’s weird going from full, complete days—nonstop for a month—to doing nothing. After five days, I realized I needed to exercise and move the legs. That helped a ton! It’s been nice to casually return to running and scrambling—nothing hard or long—around my home area and up the Flatirons.

MT: I imagine there’s a degree of culture shock, too.

JG: You’re in your own world during a solo trip. I felt like a ghost moving through town: come in, resupply food, and leave. There wasn’t a ton of engagement with people. I did see a few friends, but it wasn’t frequent. Being home, it’s super nice seeing friends and having social pour back in. It also takes readjustment.

MT: What was the overarching goal of your Tour of 14ers?

JG: To promote self-powered, local adventure. On a personal level, I am fortunate to travel a ton and spend summers in France—but I really love Colorado. I wanted to commit my summer to a dedicated Colorado project. Starting and finishing from home, seeing a big chunk of the state: the framework was cool.

MT: You’d only slept a couple of hours the day you pushed off. At the end, you did a 36-hour push with back-to-back summits of Grays, Torreys, and Longs. Was sleep deprivation a big part of this trip?

JG: It was a chaotic start. I’d done half of the Hardrock 100 ten days earlier and my family was in town—but I left super psyched. Then, I had a time restraint to get down to Culebra—due to permitting, so the first five days were super intense. I slept a handful of hours a night.

Once I got that done, I didn’t have the time imperative anymore. The days were dictated by weather: needing to be at trailheads the night before so that I could go up early to avoid afternoon thunderstorms. Because I was doing big day after big day, the only downtime and recovery was sleeping. I optimized that. I tried to reach my sleeping spot around sunset, wake up a bit before sunrise, and get going at first light. A lot of nights I slept well: seven or eight hours.

MT: When the snow hit, you still had about a week left—did you have the right gear? 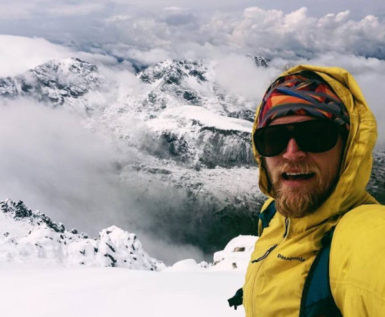 “Mt. Democrat got over a foot of snow last night, making the casual link up with Cameron and Lincoln a lot slower and more tedious than expected with just enough coverage to hide all the loose rock.” —Joe Grant, Instagram

MT: How do you mentally get through the rollercoaster of highs and lows?

JG: The trip was a long grind and about patience. You have days of sunshine, thunderstorms, and snow. The weather is the same as what you go through in life: You wake up psyched some days and others it’s rough. It’s all about perspective. So, you settle into this rhythm. If things are great, you’re thankful and savor those moments. The low points will pass—the storm isn’t going to last forever. It’s not that you’re notuncomfortable or struggling. It’s just not as dramatic, and you become accepting. You find a balance of going forward, regardless of how you’re feeling.

I hit my biggest lows when I stopped focusing as hard. When I didn’t know a peak and was discovering it I would put a lot of focus into the outing. I was super engaged and on point. Afterward, with something easy like biking over Independence Pass, I’d let my guard down. By letting go, you allow yourself to feel discomforts and the fatigue creeps in. Then, it’s not as easy and it kicks your ass!

JG: I did the Elks, near Aspen, in three days. I’d never done the peaks before, and they were big, challenging days. I rewarded myself with a recovery day after a big push, so I thought I’d bike over Independence Pass and maybe do Elbert or camp—I was unattached. So, I’m riding up Independence pass, and I feel rough. My nose starts bleeding everywhere—a sign of being worked, but nothing serious. And I have this alpine cough, so I’m coughing up a lung. I’m a wreck. I get to Elbert, start going up, and the other nostril starts bleeding. When I get to the top, I have a mini-breakdown. I start balling my eyes out. I wasn’t bonking—it was an accumulation of the previous days.

I had some food and water back at my bike, and it passed. But in the moment going up Independence Pass, I was not the same person I was the day before or even the week before.

MT: What was your approach to trip planning?

JG: The start was dictated by Culebra, in southern Colorado, which has a permitting system. I started on July 26—the latest permitted date was July 30. From my home, it made sense to do eight peaks on the way, especially by bike.

The next logical place to go was the San Juans, which was 250 miles of biking to the start. I did nearly all of the Sawatch—except Elbert, Massive, and Mt. of the Holy Cross.

Then, I went over Independence Pass and did seven peaks in the Elks. After, I returned to finish the Sawatch, did an out-and-back to Sherman, and wrapped around Vail Pass to the Mosquitos. I finished with a few peaks on the Front Range: Greys, Torreys, and then Longs.

JG: It was real—with all of the good and the bad. The end felt representative of a slice of life with both ups and downs. It wasn’t glamorous or extraordinary. Over the period of a month, there are times that you’re feeling incredible. You’re surprised at what you can do physically. Then, there are also days of extreme lows and feeling absolutely crushed, awful, and struggling.

That’s somewhat anti-climatic. But what’s really cool is when you can be honest with yourself: see yourself struggling, raw, vulnerable, and feeling terrible. And also see yourself succeed, feel great, and surprise yourself. I felt content. I was thankful and appreciative of what my body was able to do and aware of my limitations, too. 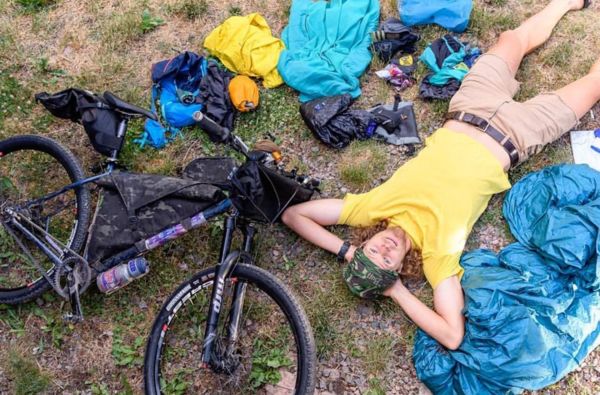 MT: As a writer and creator, what do you hope to do with the experience?

JG: I’m going to make a film. It’s going to be some shaky camera handling (I don’t film a lot!), and an intimate journal-style format. I’m excited to be working on it with Dean Leslie, from Wandering Fever. I’m also planning on a book project, an in-depth story rather than a blog post.

JG: I want to be mindful of addressing this experience. Give myself time to recover mentally and physically, process it, and dig deeper into different aspects of trip and how I was feeling. It’s nice to carve out that time. I don’t want to waste the opportunity. A couple of months from now, I’ll look at the calendar for next year’s projects.

Grant prepares to kick off the Tour of 14ers. Photo Courtesy of Joe Grant